Where Did $2 Trillion Just Come From?

Quick answer: we borrowed it.

Who in their right mind just loaned us $2 trillion?  We’ll come back to that in a minute.

First things first.  I want to make sure we’re clear on the difference between the Federal Reserve and the US Treasury.  Both deal with money.  Both are very powerful.  Both just flooded $2 trillion (each) into some aspect of the economy.  One of those I worry about; the other, I do not.

The Federal Reserve.  The ‘Fed’.  Our nation’s central bank.  It is governed by the Federal Board of Governors, and currently chaired by Jerome “Jay” Powell.  Prior to Jay Powell was Janet Yellen, Ben Bernanke, Alan Greenspan, and Paul Volcker. 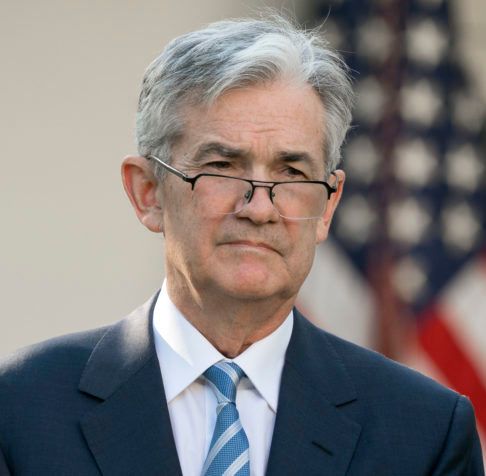 They say the US President is the most powerful person in the world.  I would argue that the Chair of the Federal Reserve is second.  Along with the board, the Fed Chair controls money supply and interest rates for the largest, most entrepreneurial economy in the world.  And as the US economy goes, so goes most of the rest of the world.

When the Fed Chair does his/her job well, things go well.  When he/she slips up (go back to the ‘70’s), we’re all in for a ride.  The Fed sets our nation’s monetary policy.

The Federal Reserve just pumped $2 trillion into the nation’s banking system, but (unlike Congress) they have a solid and proven plan to pull this back out when the timing is right.  They’ve done it time and time again.

The Federal Reserve is both solvent and profitable (unlike Congress). Net of their operating expenses, the Fed cleared some $55 billion in profit last year, all of which was turned over to the US Treasury.

I’ll send another newsletter on how the Fed works, but suffice it to say for now that I do not worry about the Federal Reserve.  It is solvent, profitable, and well-run.  Some people may quibble with the Fed, but I challenge that person to show us a better workable solution.

The US Treasury.  The US Treasury is a department of the Executive Branch, which acts on direction from the Legislative Branch.  We as citizens elect representatives from among us, send them to Washington DC, and charge them with managing our government’s fiscal policy – taxation and spending.  Congress legislates policy and then hands it off to Treasury to administer.  The recent $2 trillion CARES Act was passed by Congress, signed by the President, and handed off to Treasury to manage. 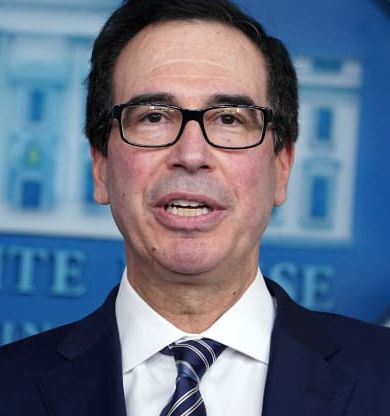 The current Secretary of the Treasury is Steven Mnuchin.  Prior to him was Jack Lew, Tim Geithner, and Hank Paulson.  Pull a dollar bill out of your wallet and you’ll notice one of their signatures on the bottom right of the bill you’re holding.

So, how well does Congress manage our nation’s checkbook?

Here is our nation’s financial condition in 3 charts:

Click here if you want to see where we’ll spend $4.5 trillion this year.

It doesn’t matter which party has controlled the House, Senate, or White House, we’ve been deficit spenders for a long, long time:

All these year-by-year deficits add up cumulatively to our national debt:

And people still loan us money.

Well, for starters, the figures above do not include any of our tangible assets.  Shopped for a fighter jet lately?  The latest F-35 Joint Strike Fighter will set you back $80,000,000 each (and we placed an order for 500 of these last year).  Our latest aircraft carrier put into service in 2017, the USS Gerald R. Ford, cost a cool $13,000,000,000, and we have another couple of those on order.  I’m fine not scrimping here.  If we want the best military in the world, we can’t give our soldiers garbage tools.

What is the real estate at 1600 Pennsylvania Avenue worth? The Lincoln Memorial? The National Mall? What do you suppose we could get if we listed the Grand Canyon, Yosemite, Denali, Zion, Yellowstone, or Mount Rushmore up for auction? (Guaranteed Putin would be the highest bidder for Mount Rushmore…)

Clearly it would be sacrilegious to ever do such a thing, but the point is the same: we have some tremendous treasures not reflected in the charts above. (And this doesn’t include things with more tangible values like Fort Knox, the Strategic Petroleum Reserve, or our proven fossil fuels.)

But more importantly, our biggest asset, by far, and the one of most interest to the rest of the world, is the private net worth and income of our citizenry.  Though our 330 million citizens only make up 5% of the world’s population, our freedom-loving entrepreneurial drive has also created the largest economy in the world.  As a nation, we produced a little over $20,000,000,000,000 of goods and services last year.  As private individuals (ignoring all federal, state, and local governments), we have a cumulative net worth of $120,000,000,000,000:

And since the United States Government is nothing more than an extension of the people, theoretically this private net worth could be used to satisfy any outstanding government obligations: 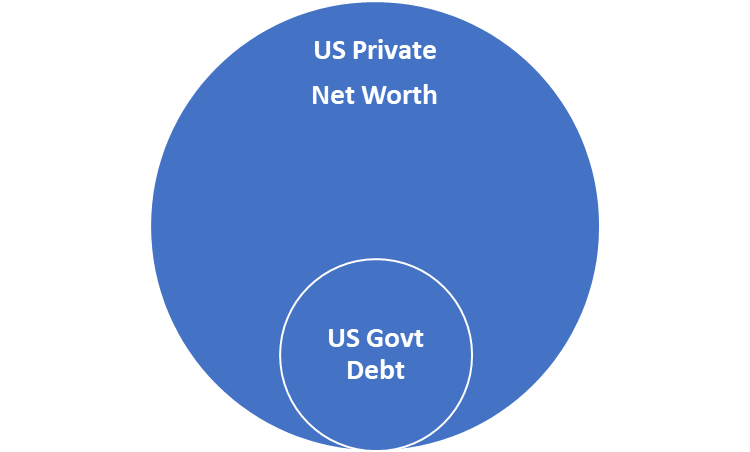 Crazy idea to us, I know, but to an investor on the outside looking in, it’s rational thinking.

Let me demonstrate this with another example.

We all have that one rich uncle.  Let’s say your rich uncle has a handful of successful business and real estate affairs and has a net worth somewhere around $12 million.  He’s really rich.

But among all the successful entities that comprise his $12 million empire, he has this one operation that is a real mess.  Compared to his other assets, it’s relatively small – gross revenue of $360,000, expenses of $450,000, creating a net loss of $90,000 each year.  He’s been running at these numbers for a while now and has accumulated $2.3 million of debt attached to this entity.  Everyone scratches their head at this entity, but it’s important to him so he keeps going.

In order to fund this, he goes back to the bank each year to borrow the $90,000 shortfall. The bank isn’t exactly thrilled with the $90,000 deficit or the accumulated $2.3 million, but since rich uncle is willing to backstop this messy entity with his $12 million net worth, the bank has no issue re-writing the loan each year.

Eventually there will come a day when the bank says no, but since rich uncle is one of the bank’s wealthiest customers and the bank is in a great position on his loan (20% loan-to-value here), they keep giving him a great interest rate, year after year.

Sounds like a silly example, but that example is our rich Uncle Sam if I strip 7 zeroes off our federal revenue, expenses, and liabilities:

And this example doesn’t include the world’s most prized asset: the right to tax the income of the American people, the largest economy in the world.

As citizens, we’ve elected representatives and then granted them the authority to tax us.  Sure, we all grumble every April 15, but still end up writing that check to the US Treasury, year after year.  Last year, we forked over $3.6 trillion (on national income of $20 trillion – about a 17% effective tax rate), and we will again this year, and again next year, and again the next year, and again the year after that.  What’s the net present value of a $3.5 trillion cash-flow backed by the largest economy in the world?  My financial calculator tells me it’s a lot.

So, who then, is actually lending us all this money? Who owns our national debt?

Contrary to public opinion, it’s not China.  Most of it is actually held by us: 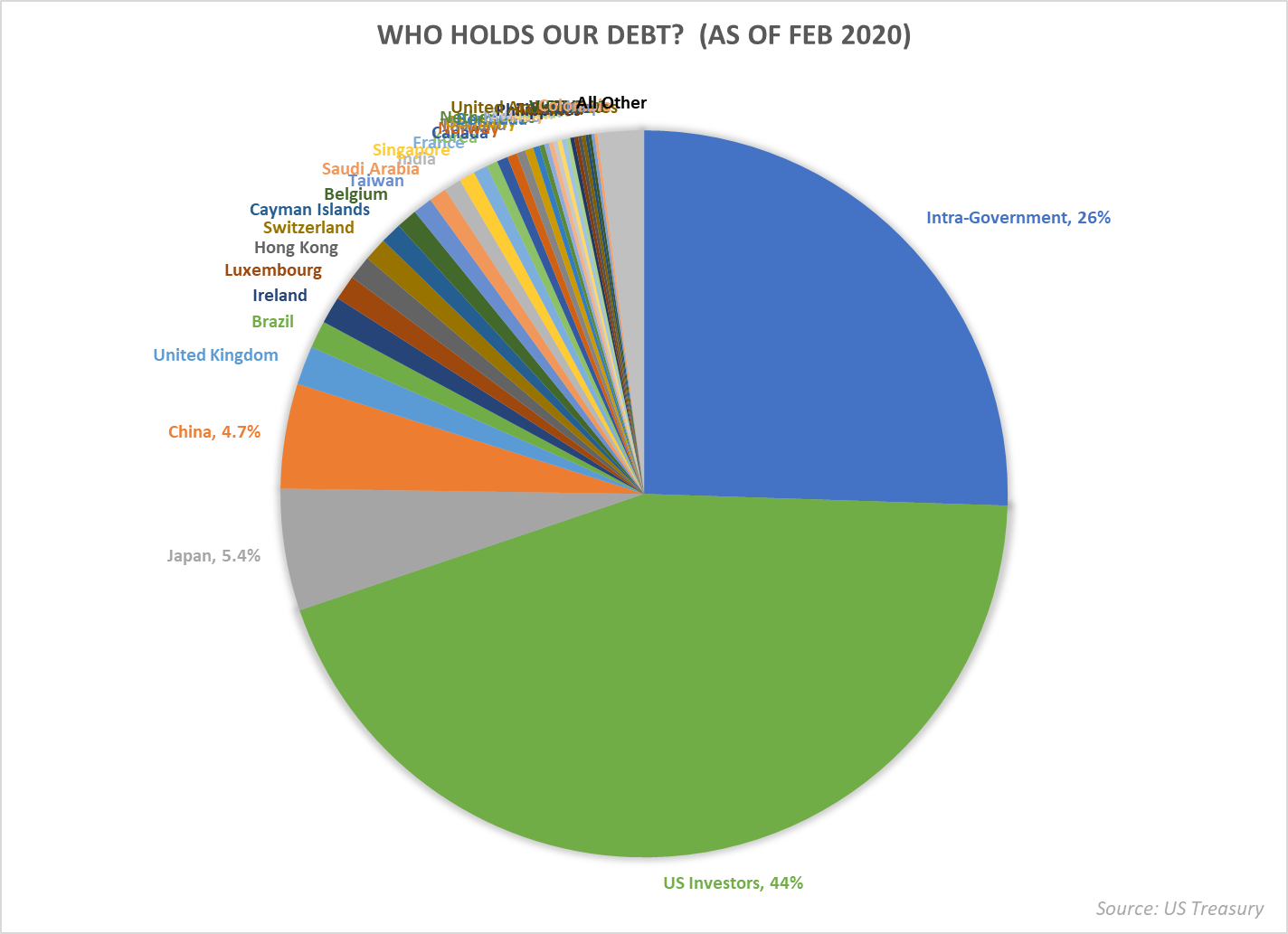 Intra-Government refers to entities like the Social Security Trust Fund and military retirement funds – by mandate, they can often only hold high-quality, US debt obligations.  The largest percentage – the green slice at 44% – is made up of millions of private US investors, the Federal Reserve, and state and local governments.  Chances are very high you own some here too.

A full 70% of all US debt is held by Americans.  Our largest foreign investors are Japan at 5.4%, and China at 4.7%.  It falls off pretty quickly thereafter.

And much like our rich uncle from earlier, because the United States is one the world’s wealthiest customers, we get killer interest rates on our debt.

What does the ‘bank’ quote the US on their 10 year debt?: 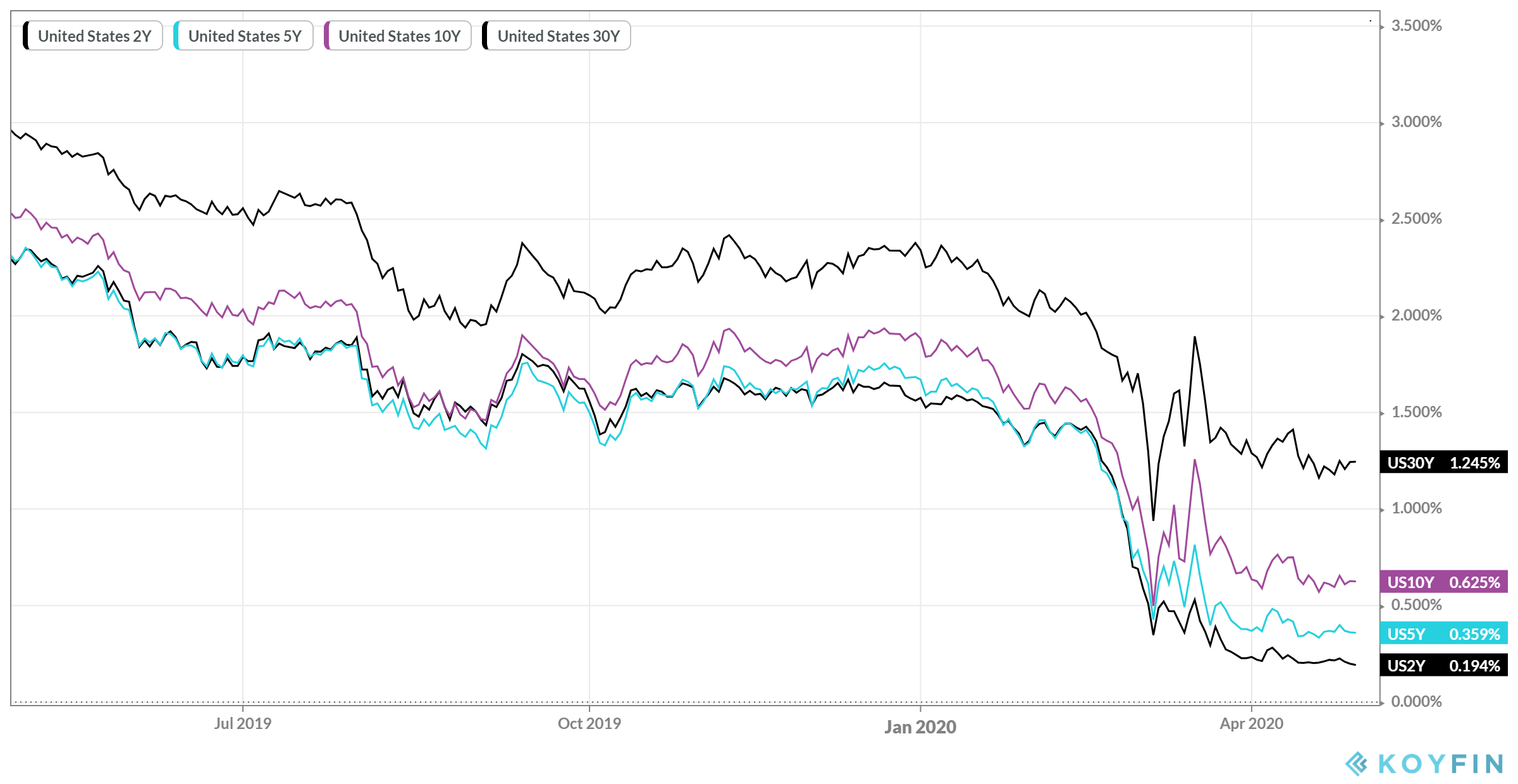 Yes.  Correct.  The US is currently paying less than 1% –  0.625% to be exact – to borrow money for the next 10 years.  Congress can borrow for 30 years at 1.245%.  All collateralized by the ‘full faith and credit of the United States Government’ as an extension of her tax paying citizens.

(Technically, Congress pays a higher coupon rate – 1.5% at the last 10 year auction – but because there is routinely more demand than supply, investors bid up the value and paid a premium to the US Treasury, so the effective rate the Treasury will pay over the next 10 years is closer to that 0.625% number.)

So back to the $2 trillion.  Where did it come from?  We borrowed it.  From millions of private investors, 70% of which are American.

These investors know full well all about the 3 charts from earlier.  They know Congress is a mile deep in debt.  But they also know Congress holds the right to tax the largest, most entrepreneurial economy in the world and the $3.5 trillion tax cash-flow that economy generates, and that’s a future they’re willing to invest in.

Some of us are partially emerging from lockdown this weekend.  Enjoy it — 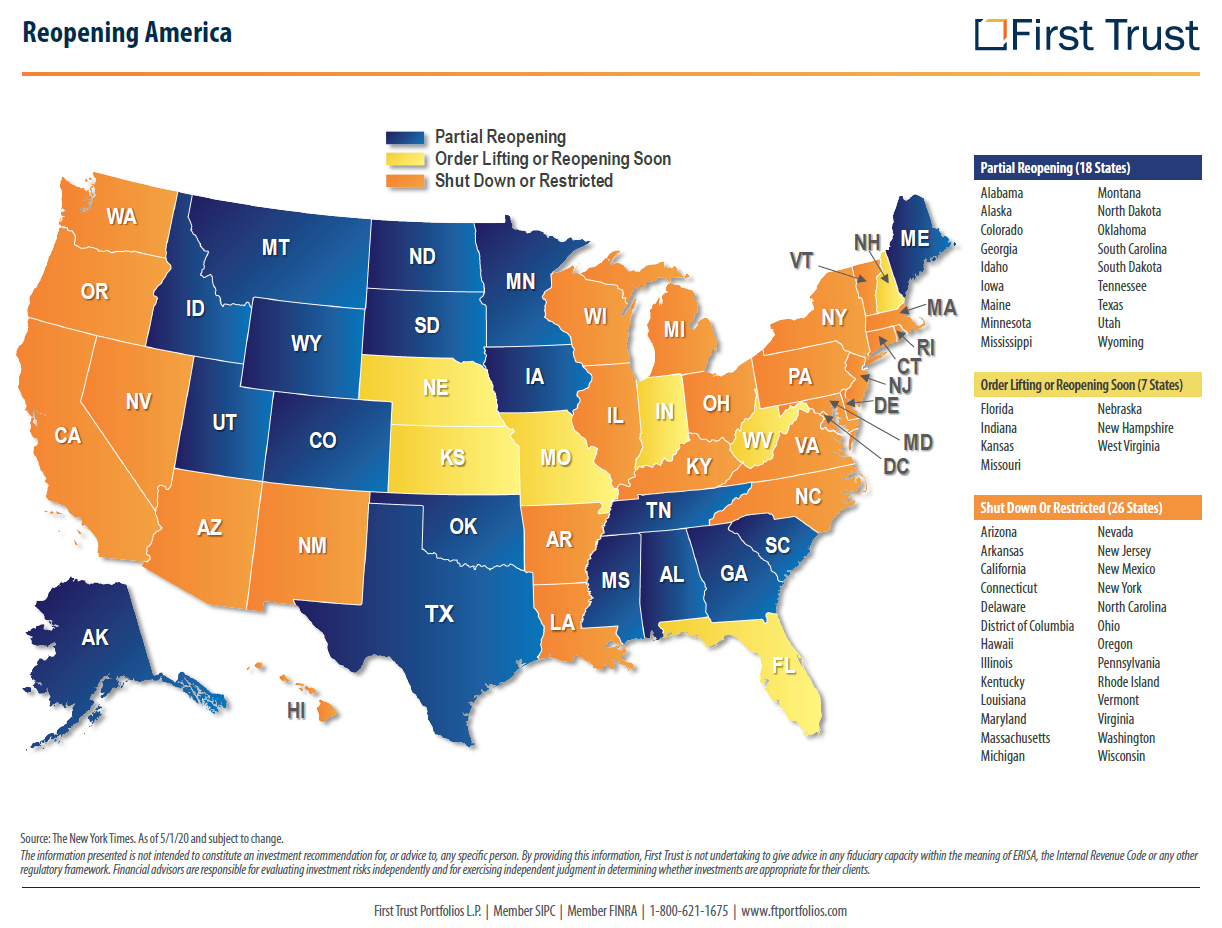