I broke my arm twice as a teenager – once on a skateboard, once on a snowboard.

The first break was relatively minor and ended up with me being soft-casted for 3 weeks. This was tolerable because I could take it off to shower and occasionally stretch my arm.

The second break was more severe and ended up with me being hard-casted for a good 6 weeks or so. By the time the doctor cutoff that nasty cast, my arm was limp, weak, and atrophied from not being used for so long.  He told me to be very careful with it as it would be prone to additional injury until my strength had returned.

It’s the same principle with our economy. We just subjected the economy to a nasty compound fracture. Federal, state, and local governments have temporarily soft and hard-casted several different aspects of our lives: work, travel, recreation, and leisure.

The longer we wear the cast, the more the economy atrophies. Getting the economy back to full-strength will depend on how long these restrictions are in place, and how diligently we ‘exercise’ our economic muscles once the casts come off. 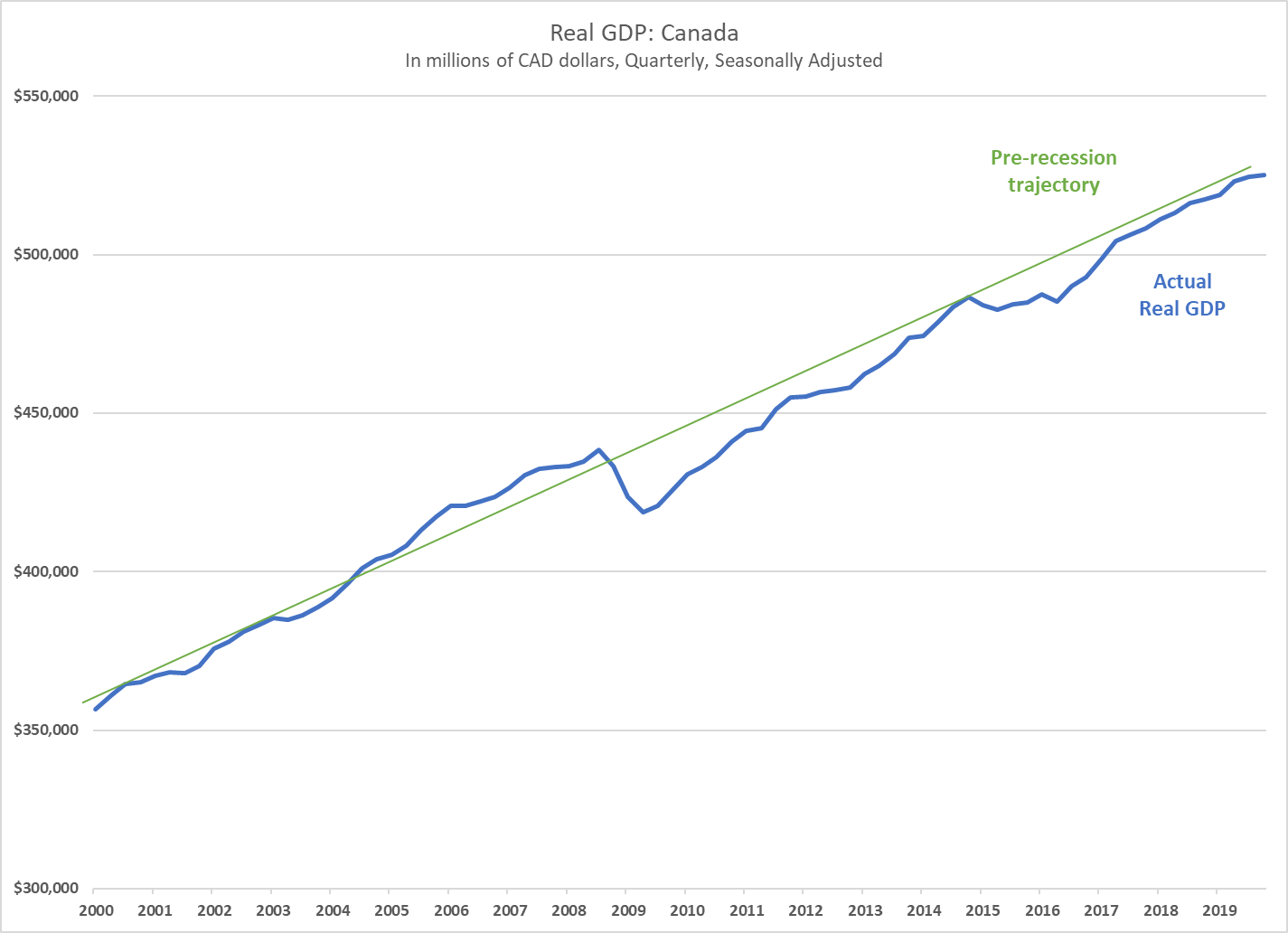 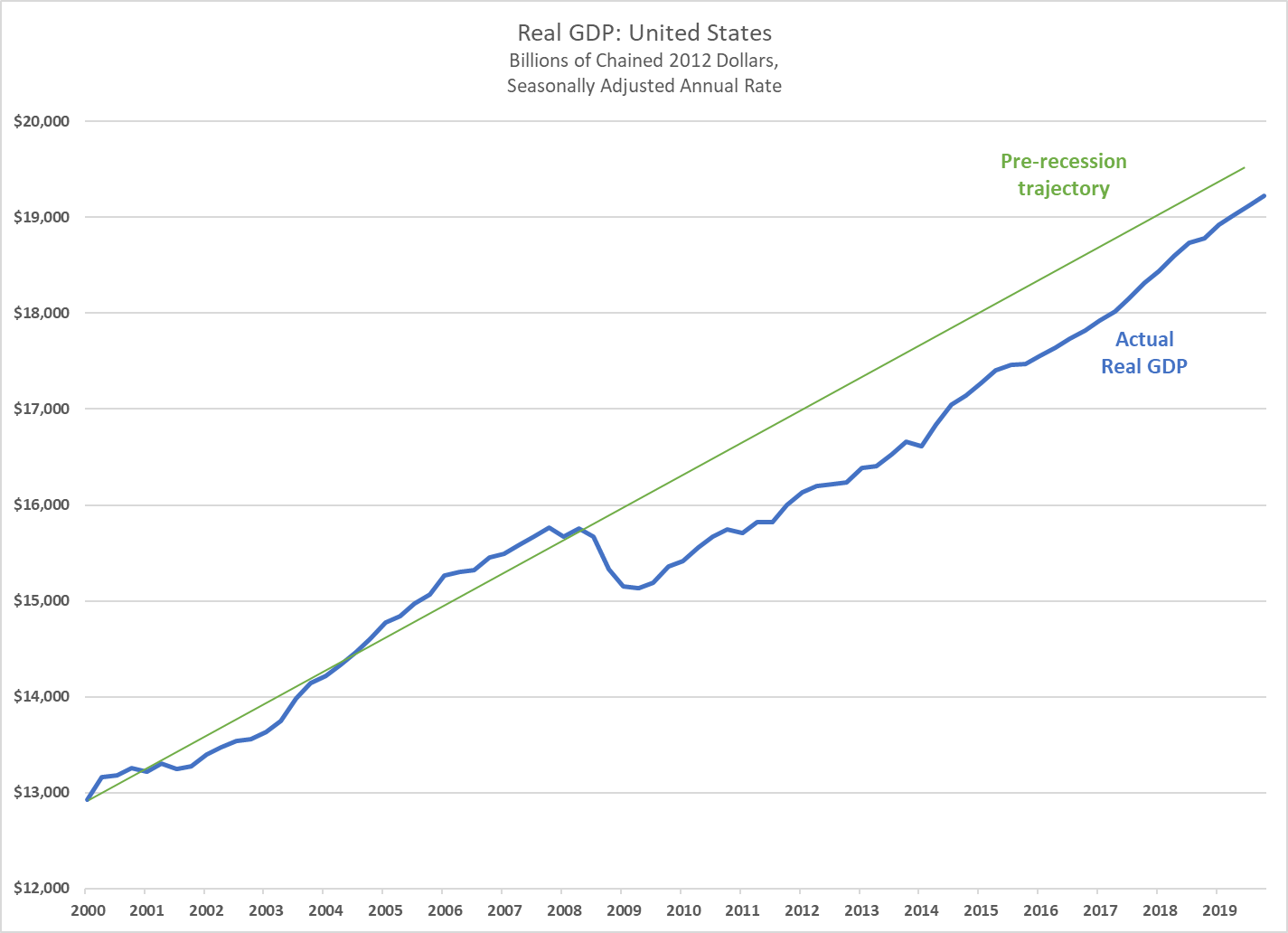 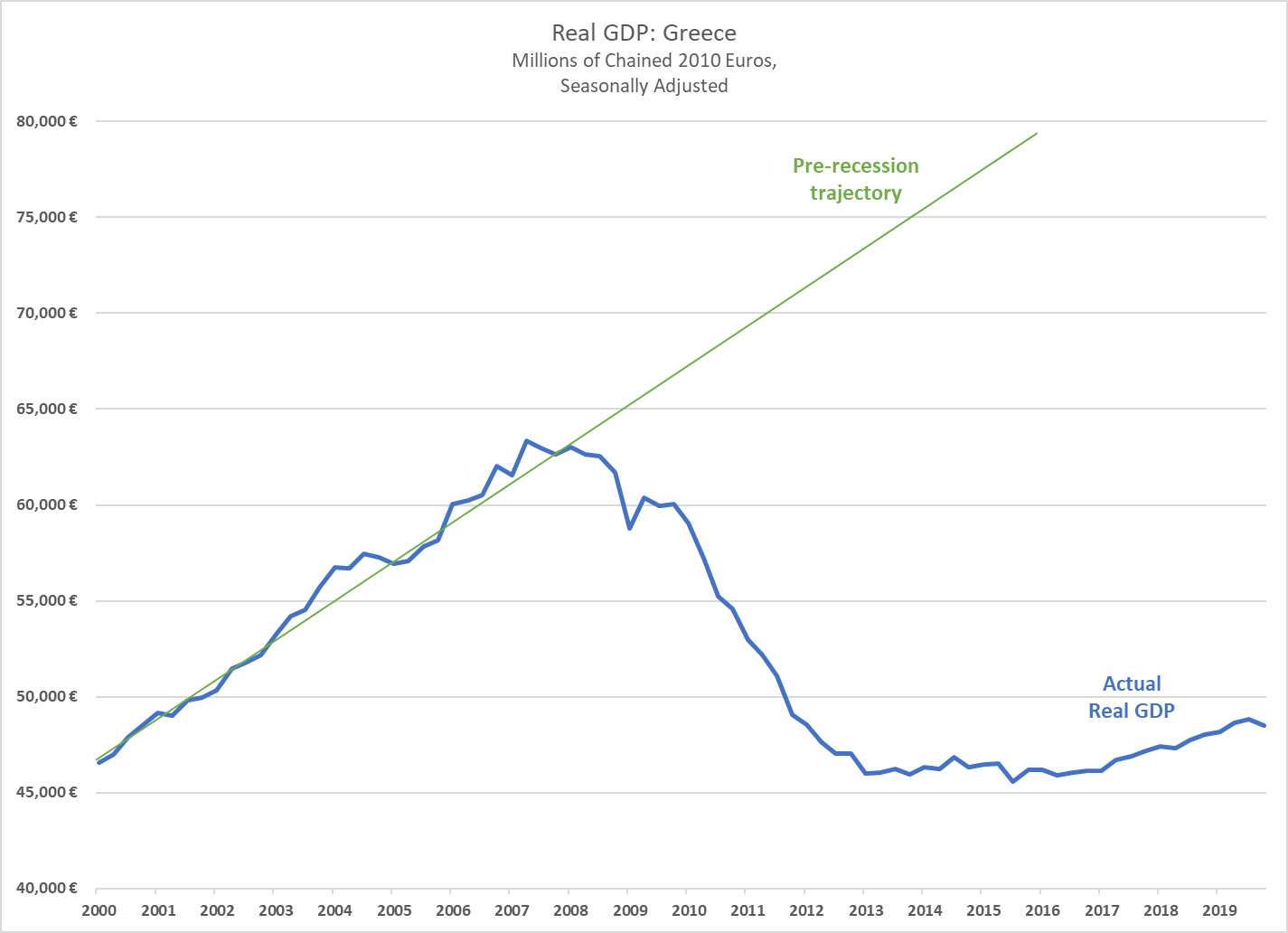 We’re all wondering what the recovery from this COVID-19 induced recession will look like.  No one knows. And we’re all a little jaded by the ‘r-word’ since the last two – 2001 and 2008 – were so brutal. But as I wrote several months ago in Not all Bears are Grizzlies, most recessions are relatively mild in nature: 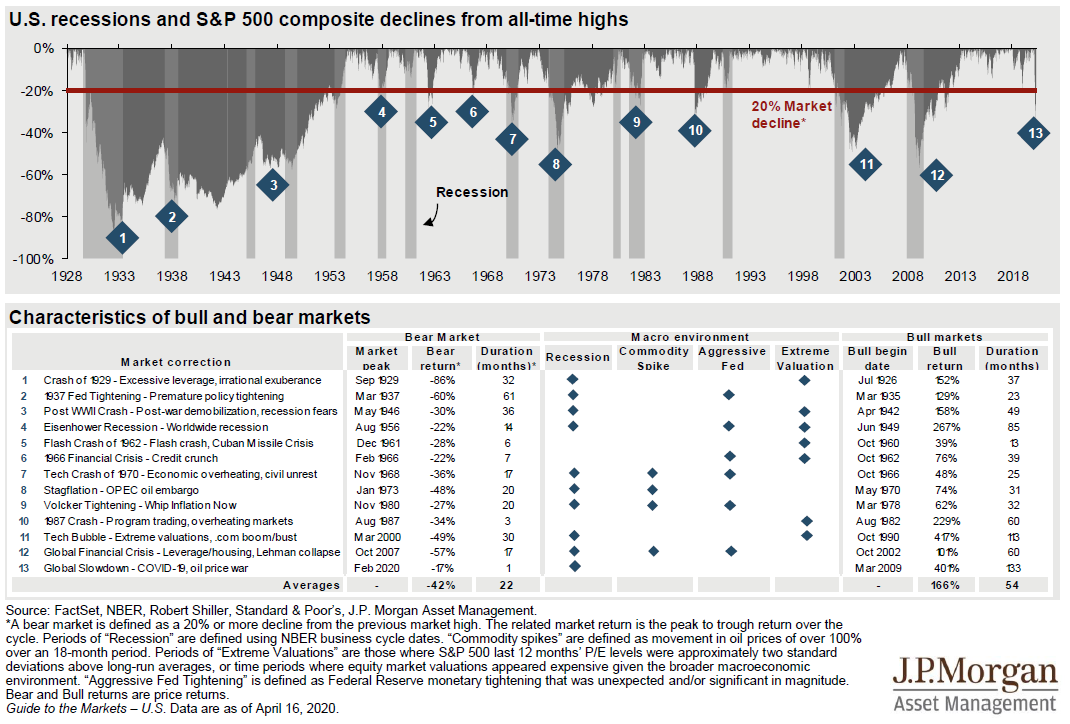 There’s a lot on that chart, here’s what you’re looking for:

But what’s especially unique about this one is that we intentionally induced this recession.  Just 2 months ago, the economy was firing on all cylinders with no real serious headwinds.  I continually called it the ‘Goldilocks’ economy – not too hot, not too cold; it was just right.  Then a nasty virus came along, and we intentionally, almost overnight, shut down the economy – on purpose.  I’m not sure we’ve ever done that before.

So, if we have a saving grace in all of this, it’s that we were on such strong economic footing to start.

So, what can we all do to help with the economic recovery?

We’ve all chipped in tremendously to blunt the health impact of this virus spread.  We social distanced; we locked-down; we stopped traveling; we stopped school, work, leisure and a million other of life’s routines.

And it’s looking like we’ll soon be able to emerge from these lockdowns and restrictions – the doctor is going to start cutting the casts off. We’ll need to quickly start ‘exercising’ our economic muscles to stave off the atrophy of the last couple weeks.

How?  Intelligent spending.  I’m not saying to go out and spend out of control.  But once you’ve set some aside, and have a solid, long-term plan in place, go out and live your life (economically anyway) as you did before.  You’ve earned it, now go enjoy it. Responsibly.

A V-shaped or U-shaped or L-shaped recovery will largely depend on how each of us responds when the cast comes off.

Let’s pull a Canada on this one; don’t let a recession become a self-fulfilling prophecy.