How To Handle Turbulence

When I was about 15 years old, my dad invited me to accompany him on a business trip to Washington DC and New York.  He travelled frequently for work and would take one of us kids occasionally to see the rest of the world outside of the intermountain west.

I remember feeling pretty important on this trip because (a) I was the only child travelling with dad on this trip, and (b) we flew on big airplanes to big cities and stayed in big hotels.  As I said, my dad travelled frequently for work so this was no big deal for him, but for a 15-year-old boy from small-town Idaho, I was feeling pretty important.

The airplane ride was great; not only did the flight attendant let me have a sugary Coca-Cola (mom never would have allowed that), but she kept coming back to refill it, no questions asked.

It was great, that is, until we hit a patch of turbulence.  I had never experienced that before.  We started bouncing around, hit a big air pocket, and my Coke went airborne – splashing all over my shirt, hands, and the poor person next to me.  All the sudden, I did not like flying.  I was scared, convinced we were about to die.  My palms were sweaty, I had a pit in my stomach, and I felt light-headed (I’m sure the color in my face reflected that).

My dad, meanwhile, didn’t even look up from his newspaper.  Somehow all the bouncing around didn’t seem to bother him at all.  I couldn’t figure him out.

Fast forward a couple decades and I realize I’ve become my dad.  Earlier this year on a flight out of Denver, the turbulence was especially rough.  Enough so that the lady next to me shrieked a couple times, her white-knuckled hands clutching the armrests while we bounced around and were pitched side-to-side for a bit.  Though certainly not pleasant, I realized I wasn’t having the same experience the poor lady next to me was, even though we were on the same airplane at the same time going through the same rough air.

Frequent flyers will give you some tips on handling the uncomfortable – but very normal and routine – patches of rough air:

Recently, the market hit a nasty patch of turbulence.  Record-level turbulence. When I plot the last 5 years of daily changes for the Dow: 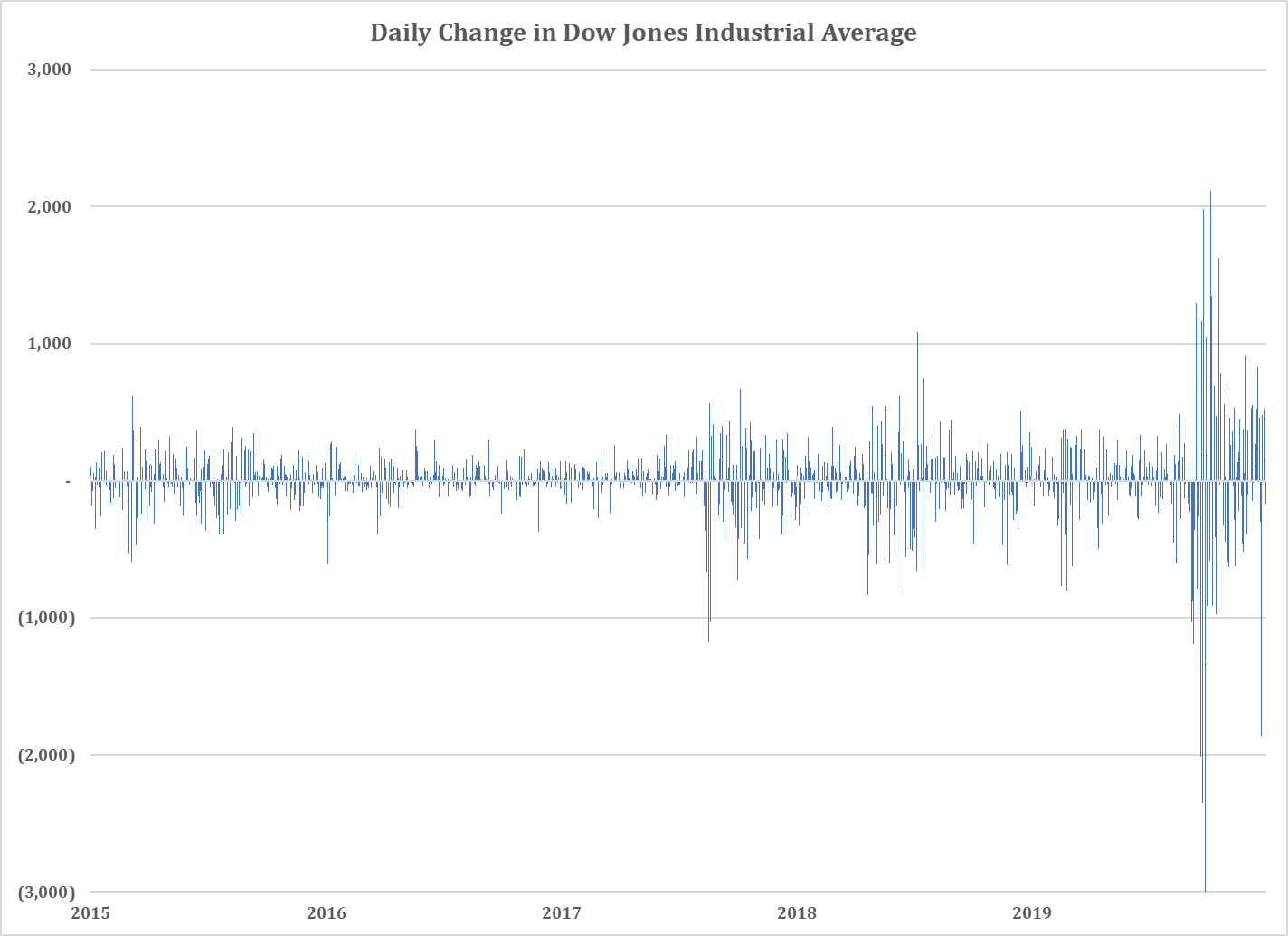 Can you tell where Corona hit?  March 2020 was the most volatile market period on record, ever.

So, whether you were the white-knuckled, shrieking Denver lady, or more like my dad – didn’t even look up from his newspaper – here are some tips to handle the uncomfortable, but very normal and routine patches of rough air in capital markets:

Speaking of dads…… here are a couple of my favorite bad dad jokes in honor of all our dads this weekend: 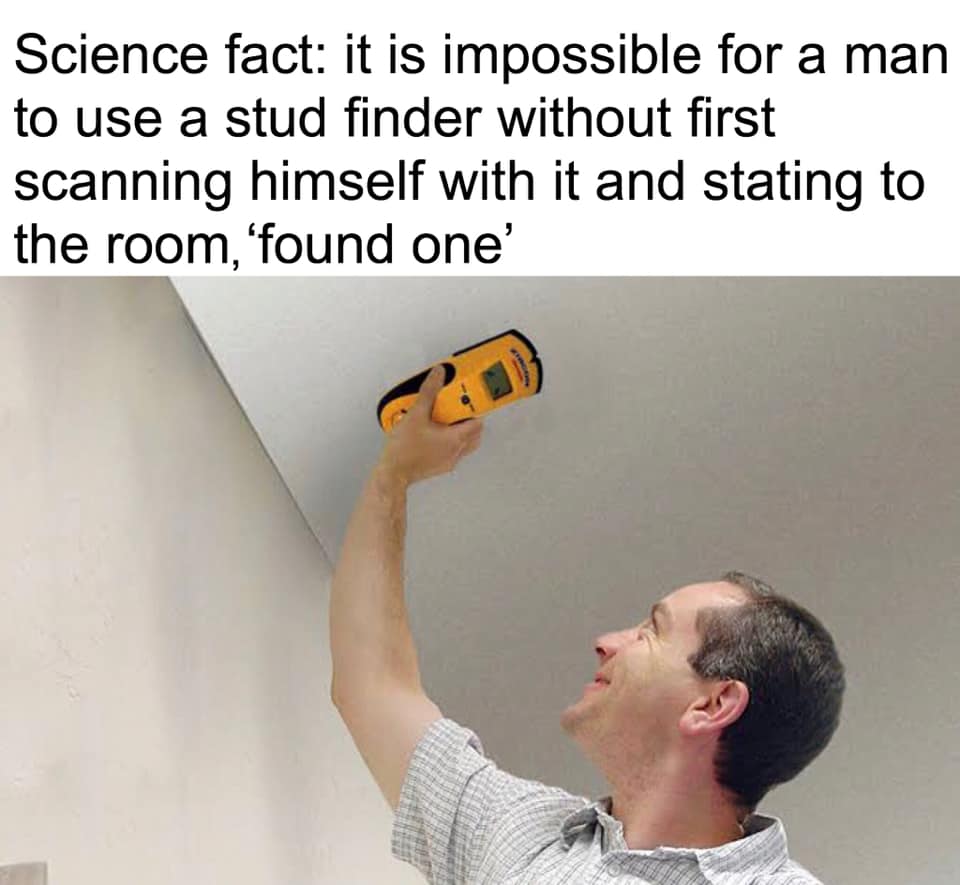 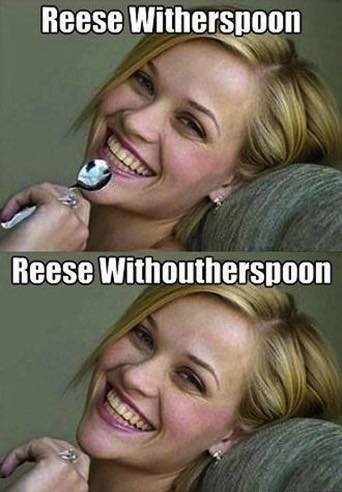 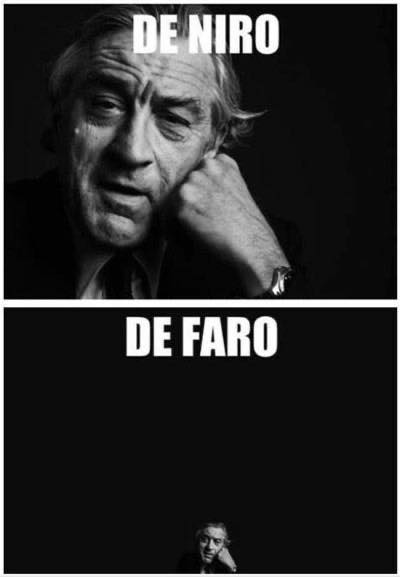 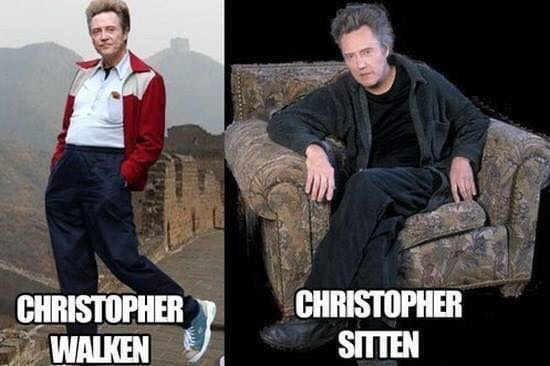 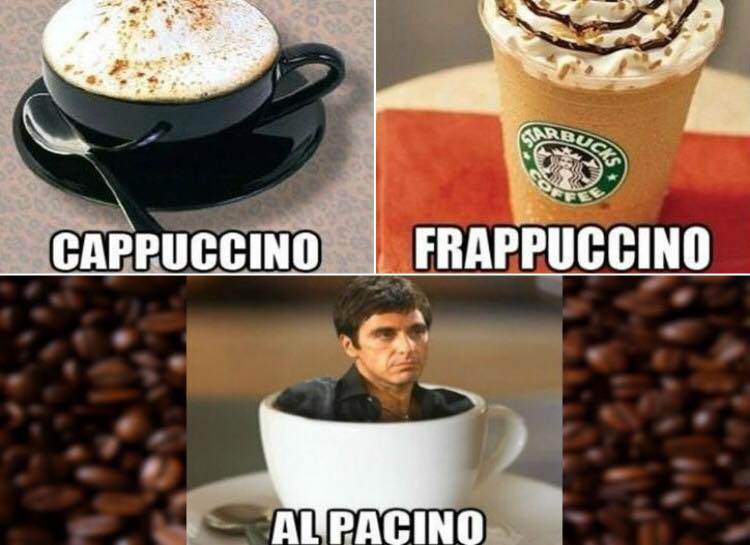 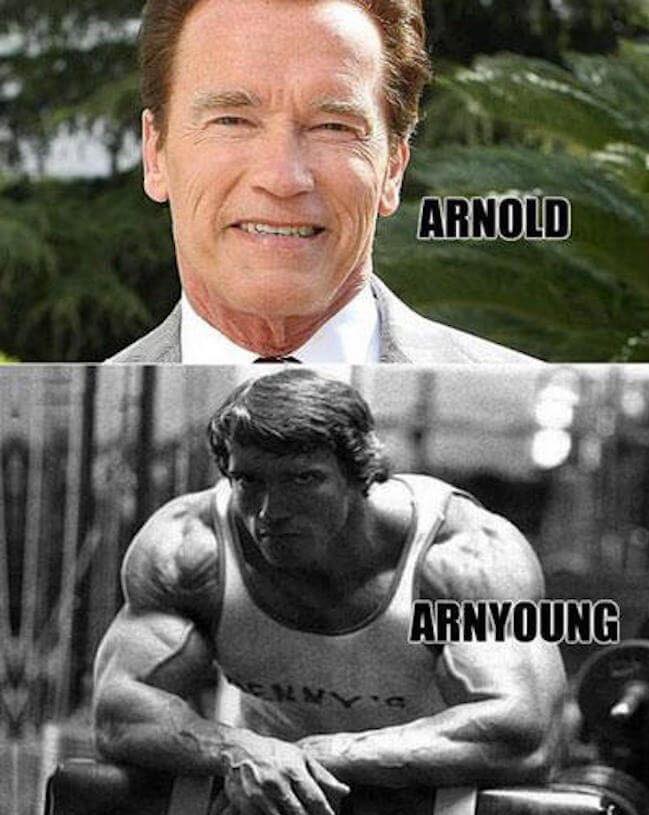 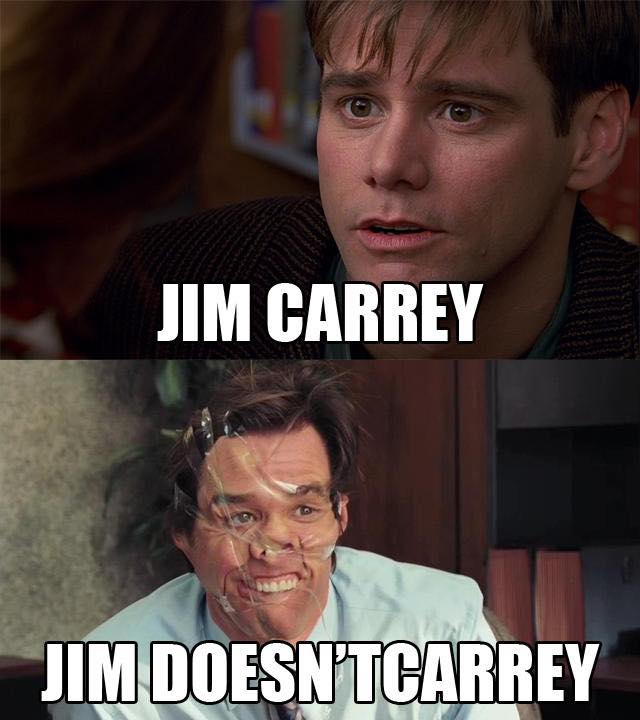 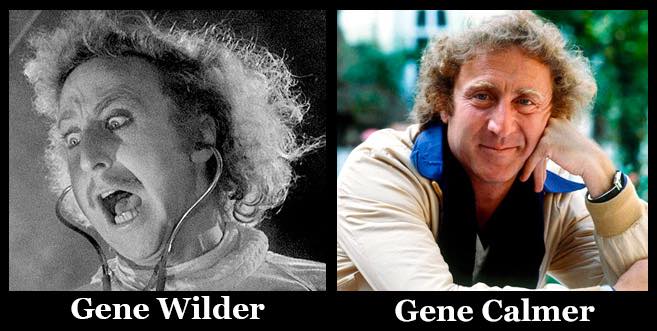 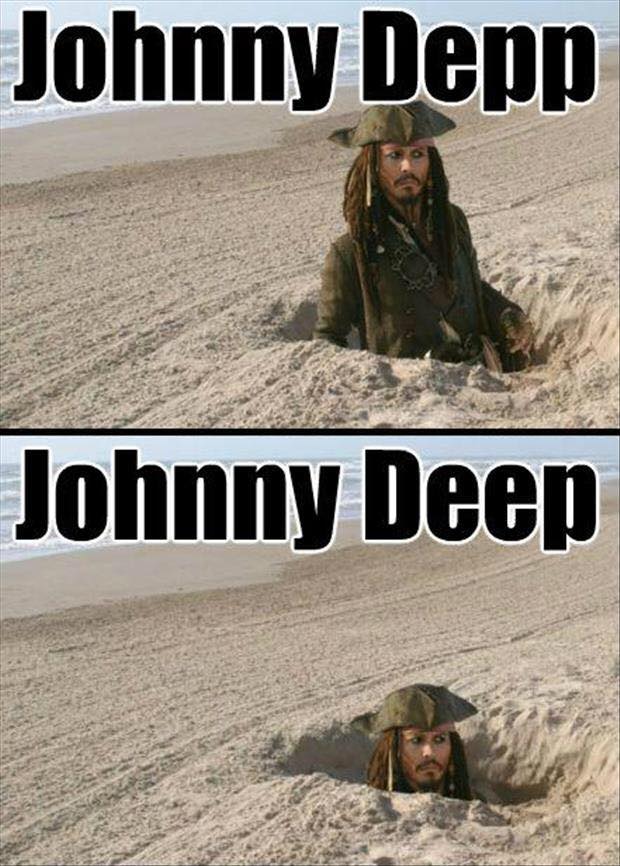 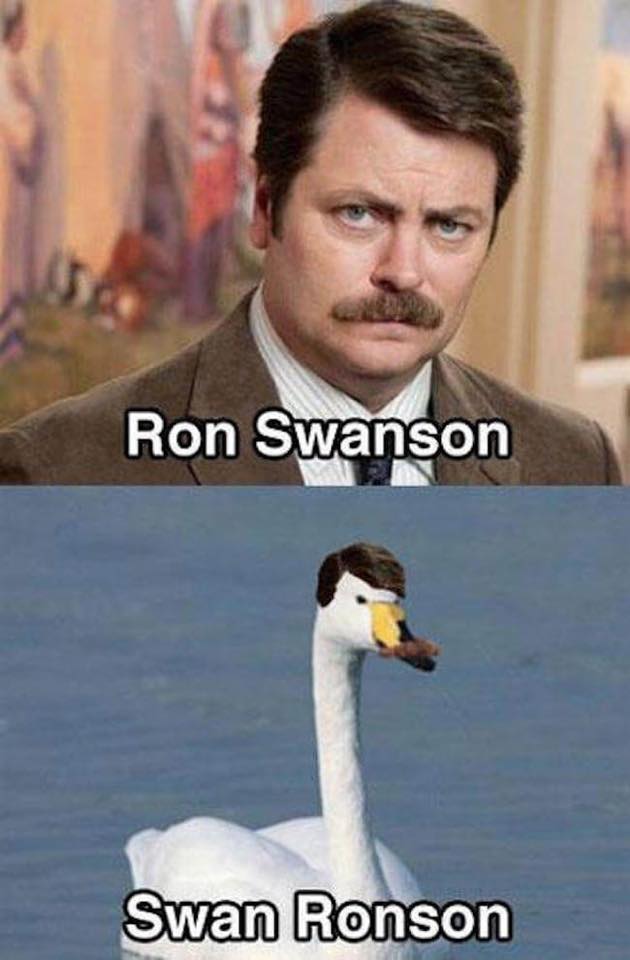 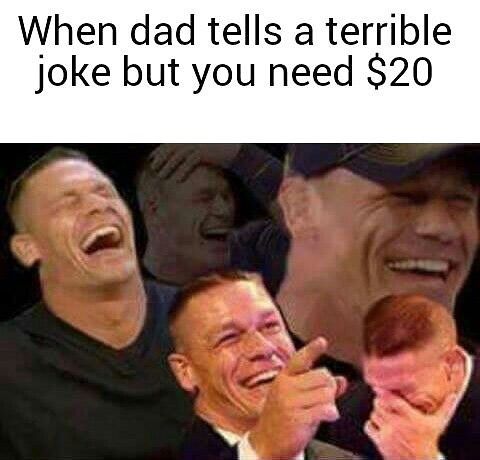