Let’s be very clear from the start: we do not know how far this Coronavirus impact goes; no one does.  Anyone telling you any different is full of it.  The future, by it’s very nature, is unknowable.  That’s why it’s called news.

But based on what we see as of today (February 27, 2020), our view is that Coronavirus will dent the current economic expansion a good bit in the short-term, but will likely have little long-term impact once the virus is contained (assumed) and supply chains and global trade return to normal.

In other words, we’re concerned, but not worried.  Yet.

I am not a virologist, epidemiologist, immunologist, or anything of the like.  At best, I’m an economist and investor who has to make reasonable estimates about the future to put money to work today.

So, based on current data, here is where we are at.

What we do know: 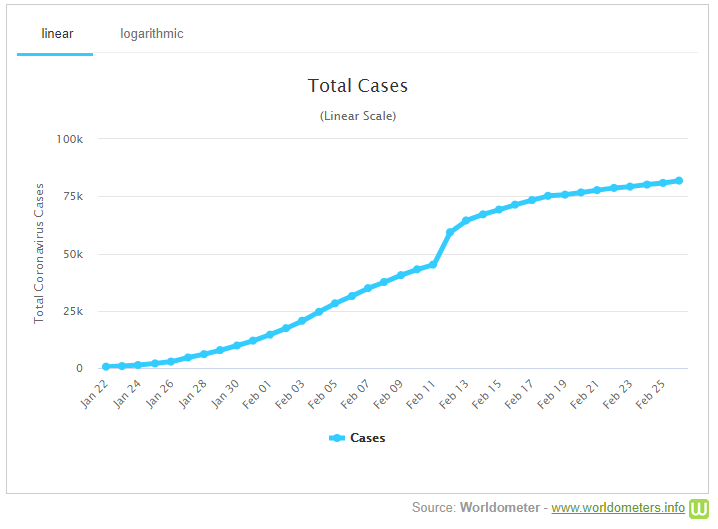 Most of these are in China: 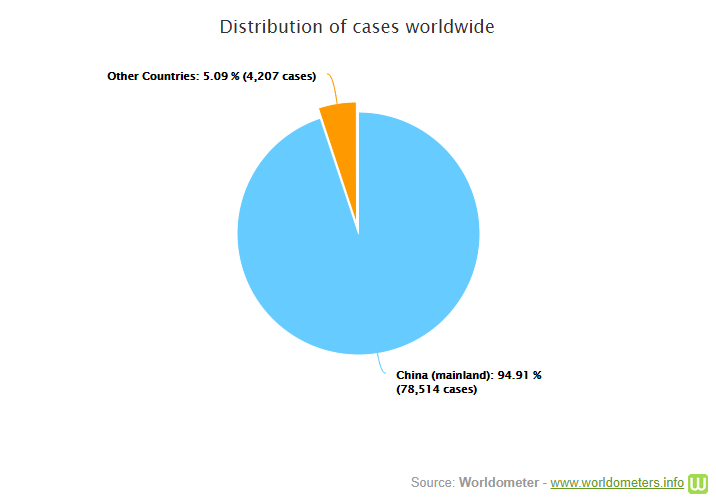 And those that aren’t: 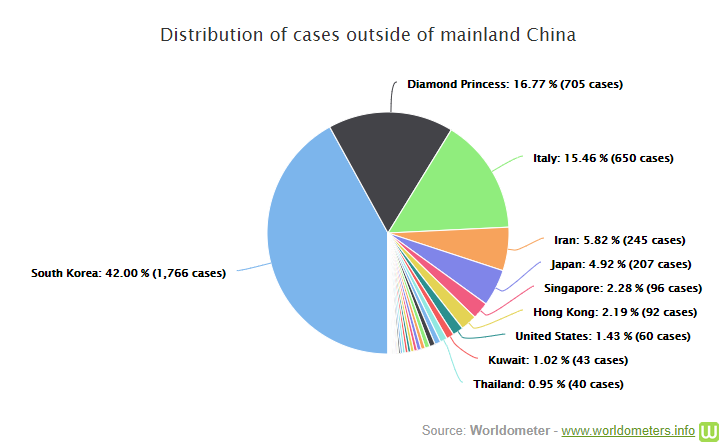 The good news (not talked about in the media) is that recoveries are strong – about 40% already. 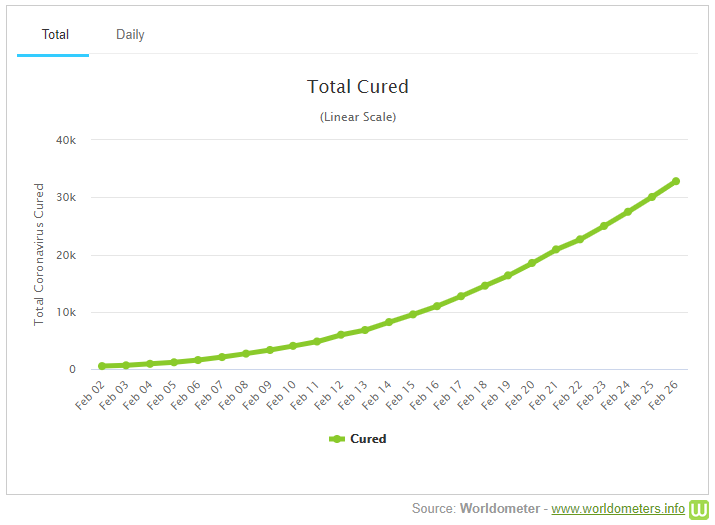 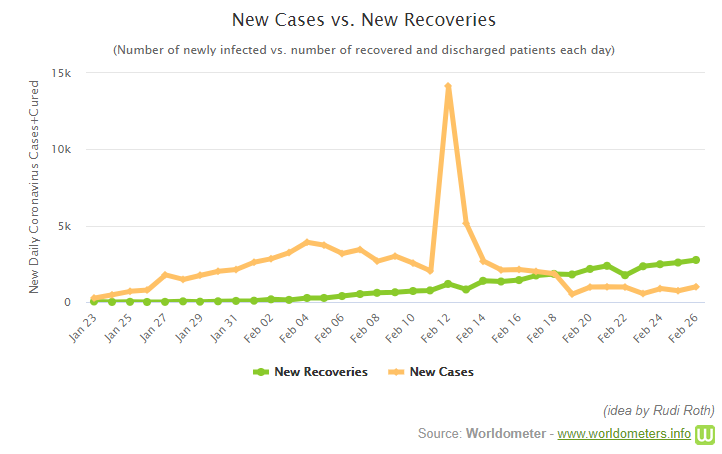 Which means the number of ‘active’ cases (total diagnosed, minus recoveries, minus deaths) is actually declining: 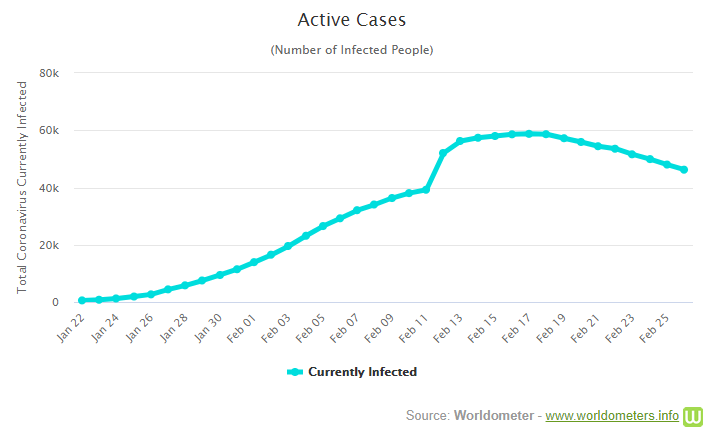 More good news in that the most serious cases also seem to be slowing down: 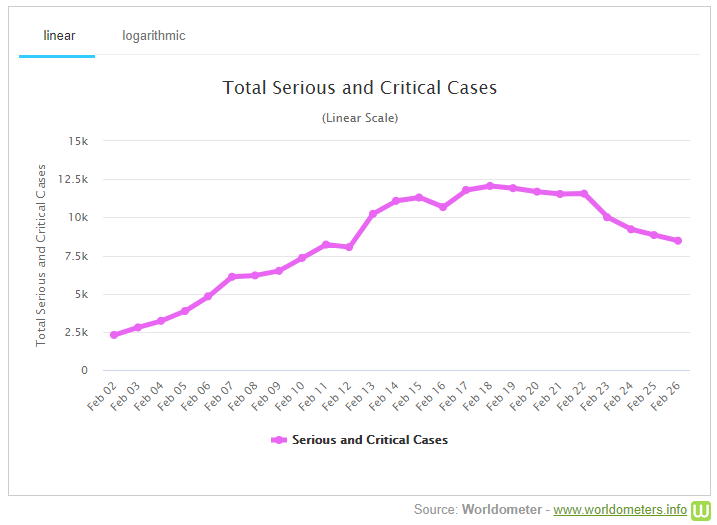 What we don’t know:

It appears the spread of the virus is slowing down.  The bad news is that some of the international data is suspect (for countries to save face) and because this is a new strain, clinical misdiagnosis is common.  This situation is evolving quickly, so we don’t know how many cases are being underreported, or overreported.  In other words, we don’t know what we don’t know.

Again, we – just like everyone else – don’t know when and where this is contained, and it’s that fear of the unknown that is creating the anxiety you’re feeling.

Where we go from here:

We as a global community have more medical research, advanced technology, chemical compounding expertise, and supply distribution prowess than at any other time in history.  So long as we can keep bureaucracy and geo-politics out of the way, I’m actually fairly optimistic this scare is contained sooner than later.

The bigger impact – and the reason markets are melting down this week – is captured in this picture: 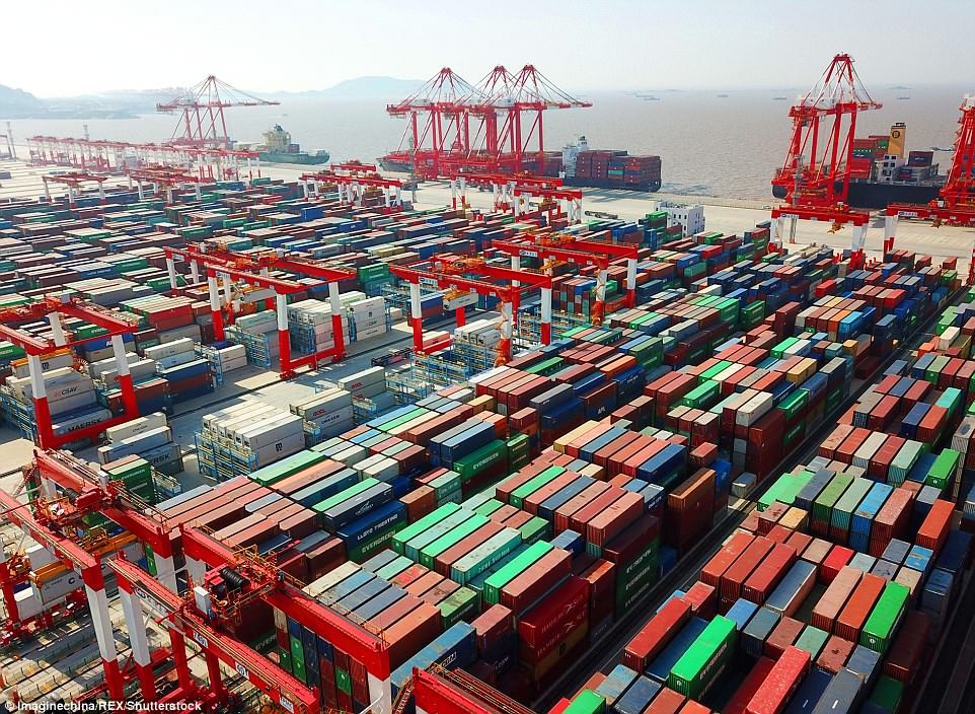 This is Shanghai, the busiest commercial port in the world.  An estimated 6.3 million shipping containers pass through here each year.

The US economy is the largest in the world.  And 2/3 of our economy is based on consumption – consumers buying things.  With a massive majority of Chinese manufacturing capacity knocked offline, there will be shortage of stuff for the rest of the world to buy here shortly. The large container shipping line Maersk has already canceled 50 trips between the US and China.

Add on top of that the number of flights canceled, meetings postponed, hotels empty, and all the other short-term disruptions to our global supply chain, and you can start to see the impact this health scare will have on top-line revenues and bottom-line profits until we can get this thing resolved.

If it’s contained fairly quickly, GDP numbers and corporate profits will be down this quarter but will likely rebound quickly in the second half to catch up to pent-up demand.  Think about this for a minute: this morning when you woke up, you certainly heard scary news reports, but did it really change how you went about your day today?  Did you really consume any less housing, transportation, food, healthcare, or entertainment?  Probably not.  (If anything, you probably consumed way more media than normal…. and their advertisers thank you for this).

BUT, if this virus does last for a while, it does have a serious chance to derail our record-long economic expansion.  Only time will tell at this point.

With global markets off 10%+ in the last little bit, we’re selling out of several positions in our conservative portfolios.  If this virus scare is quickly contained, we may be right back in.  Or we may be out for a while.  We just don’t know, but we don’t argue with data either.

In our aggressive portfolios, a 10% reduction in share prices means all my favorite holdings are having a 10% off sale and we will continue to buy (I’ll just have to cover my eyes when I open my monthly statement).  They may be 15% or 20% or 30% off by the time this sale is over; I just don’t know.

We don’t know the future, but a look-back in history always helps with perspective:

Scary times, for sure; 1 life lost is 1 too many.  But we’ve been here before, and unfortunately, we’ll be here again at some point in the future.

We’ll keep you updated as we come across meaningful, material changes.  Until then, we thank you again for your trust and continued loyalty.