The Longest, Just Not The Strongest

As is all over the popular media today, Wednesday, August 22, 2018, is the day that this current bull market becomes the longest in history (for the most part, anyway).

However, it hasn’t exactly been the strongest.  The light blue line below shows the current economic expansion relative to several previous: 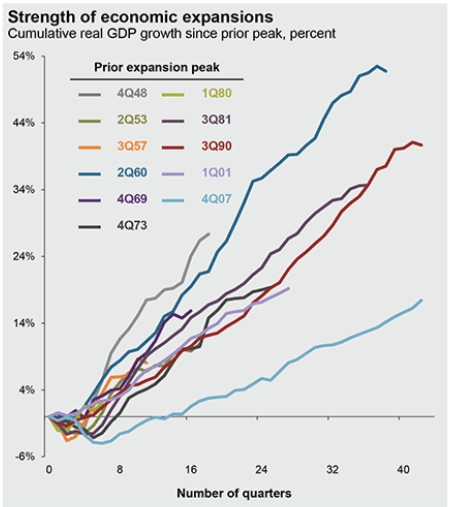 As the data from our friends at JP Morgan shows, this current economic expansion, though one of the longest, has also been one of the weakest.  It’s been a long, slow recovery from the 2008/2009 recession.

To give you some sense of how long it’s been since our last recession: 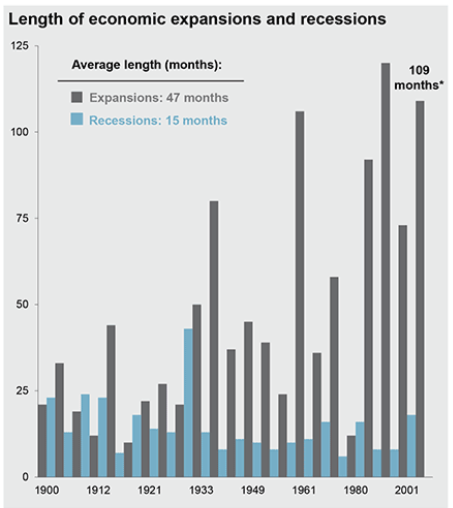 Since 1900, the average expansion in the US has been about 47 months before contracting again.  This current expansion is now at 109 months.

Despite being long in the tooth, we actually think this current market still has a little bit of room to run.  Monetary policy is easy, inflation is in check, and valuations – though a touch rich – are not too far out of line.

We continue to monitor the market’s momentum on daily basis.  Eventually, this 109-month tailwind will turn to a stiff headwind, and we’ll change course.  But not before the data says otherwise: 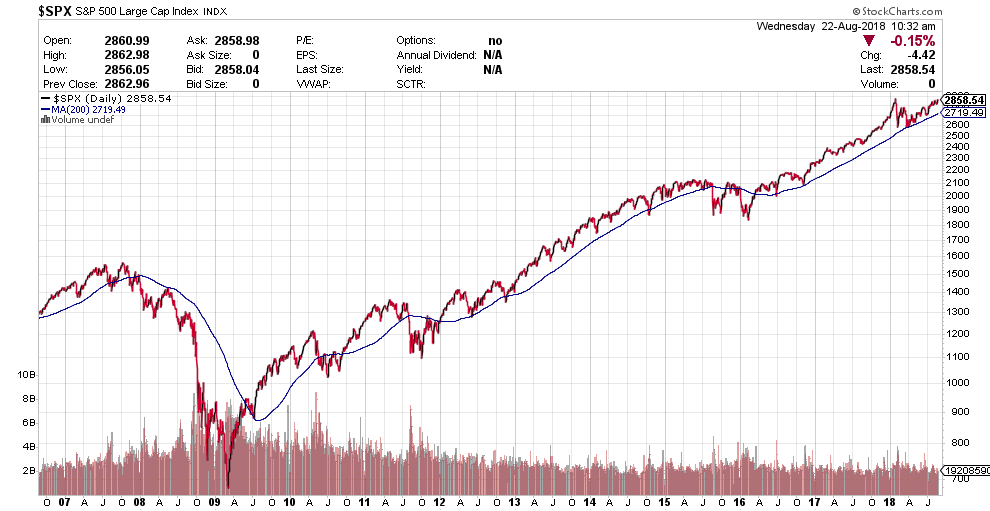